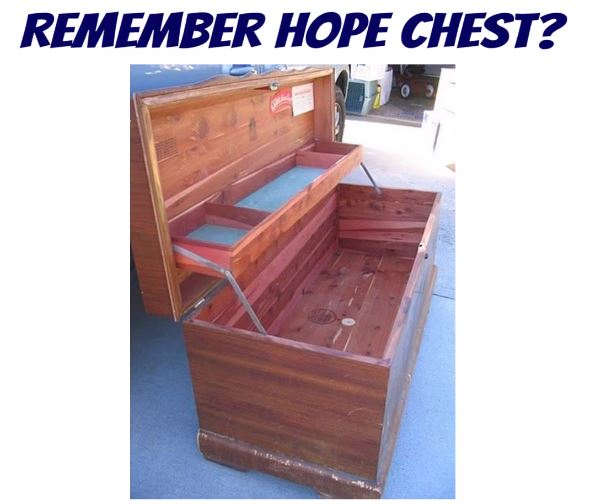 I saw this post on Facebook this week.  Caption read  Remember the Hope Chest?   I remember the day daddy took me to Weems Furniture in Fayette to buy one for me when I was a young girl.  I still have it.  It no longer has a lid but I’m still using it.  It has had a purpose in my house since the day we brought it home.  Currently, I have it in the children’s corner of my house being used as my grandchildren’s toy box. 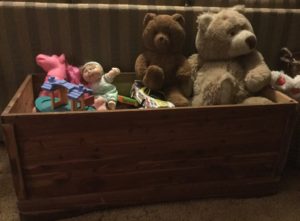 Daddy was a man of few words most of the time, but he knew how to make the important things, the important things without having to talk about them.  As I recall, Mother mentioned it to him one Saturday morning that I wanted a Hope Chest.  It wasn’t uncommon for me to go to Fayette with him on a Saturday.  I would often tag along in his old dirty truck, smelling of diesel fuel and gasoline and sawdust on his Saturday errand day going to saw shops and tire stores.  We always stopped in somewhere for lunch.  I loved going to Lofty’s Cafe.  That was the best hamburger I ever had.  He would usually run into folks he knew and they would talk about “you momma and them”, gardening and logging.   This particular Saturday he “asked me” to go with him.   Our first stop was Weems Furniture.  He tells the sales lady we are there to purchase a “Hope Chest”.   She ushered us to the row of chests lined up on the side wall.   Some with dark wood, some with  padded lids,  some more “fancy” than others.  And there was this one, plain cedar chest at the very end, which is the one I liked.  He paid the lady and as the young man was coming from the back to load it, Daddy just picked it up and took it the truck.  I always thought he had the biggest muscles and he was always doing things like that to remind me.  🙂

Reliving my memories of Daddy and my cedar chest and it being Father’s Day stirred up other thoughts and sweet nuggets of precious memories of him.  It’s sort of funny how when you are living the moment it doesn’t seem significant at all, but later as you touch it again, you see (and feel) it differently.  For instance, Daddy, was always breaking or losing his reading glasses.  He would fall asleep in the recliner reading and sit on them or they would get crushed somehow.  He would repair them in his special way by tying whatever he had available to make them stay on his head.  14 pair of reading glasses were found in the house after he left us.  Some with those special ties. 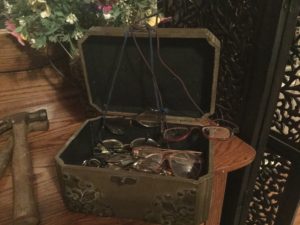 When I saw him wearing those glasses I would think it was funny or silly or wonder why in the world does he do that!  Now I have them all in his box that he kept notes with phone numbers or whatever.  I guess most people would have just thrown them away, but to me it’s a connection to him – sort of fills that “missing him” part in my soul.  It’s the “real” things he did that I love so much.  Those things that made him unique.

Another example of that unique repair work he would do, is his nut cracker.  He never enjoyed TV much so he often would crack nuts at night to be doing something productive waiting on the sun to come up.   A lot of men repair everything with duct tape.  Not daddy.  He used medical tape.  Probably because he had a lot of that on hand because he usually had some sort of injury.  LOL  He wrapped medical tape around the big nail and continued on with his cracking nuts.  I just couldn’t throw that away either. 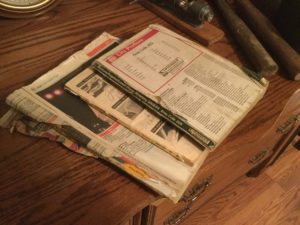 Then there’s his phone books.  He wore  out some phone books I will tell you.  Proof that he stayed connected to folks.  He was interested in knowing about them.  He spent hours on the phone at night reaching out to his friends and turning strangers into friends.  He made opportunity.  (Galatians 6:10).

To those who still have your dads – I promise you that those things which you think embarrass you or cause you to shake your head or roll your eyes about your dad – those quirky things he says or does – will someday be a precious memory that you embrace and that you will long to relive.

To those who have said a temporary good bye to your dads, I ask you – “do you agree”?  Please feel free to share your memories in the comments below. 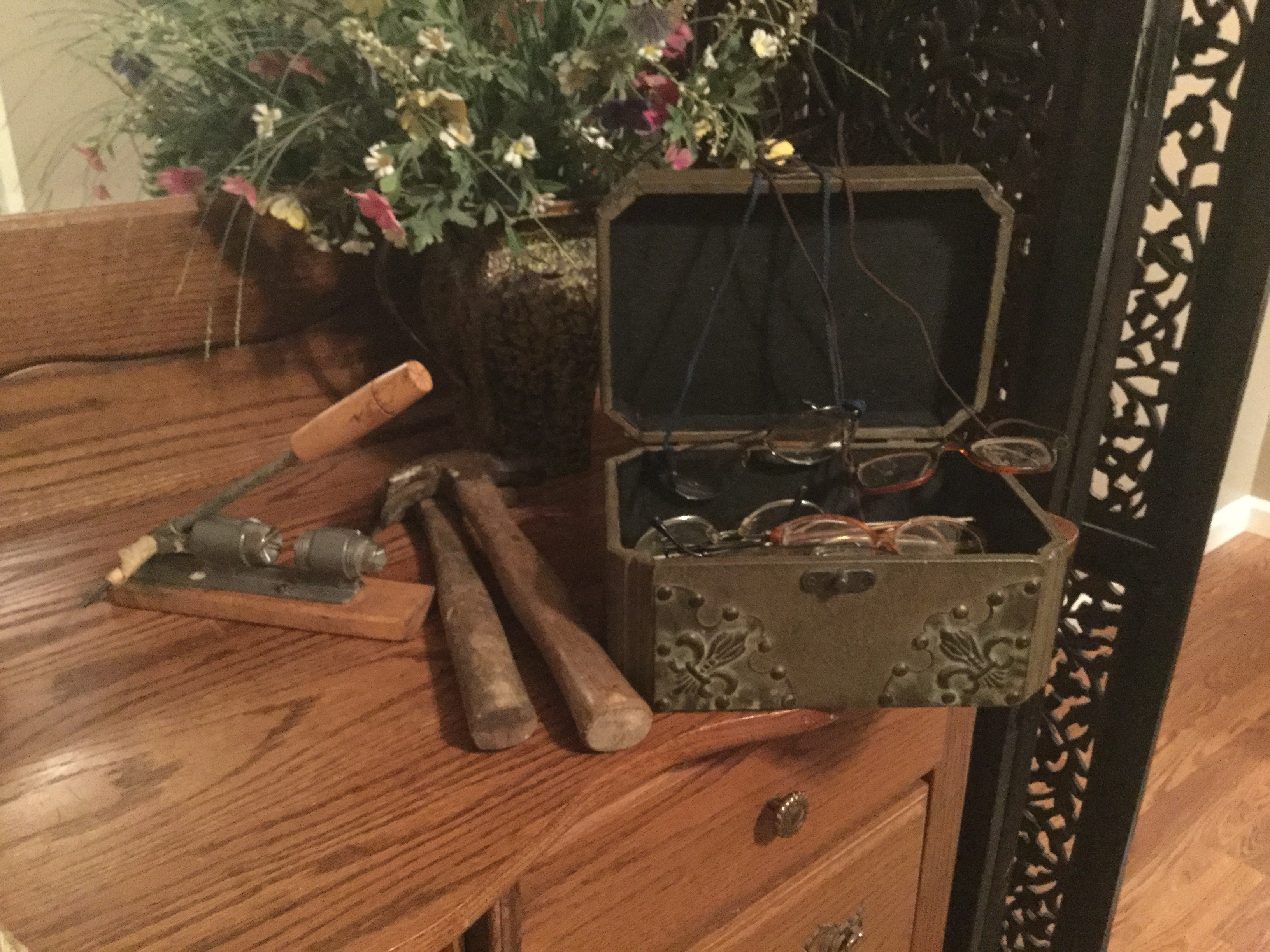 The greatest man I ever knew! 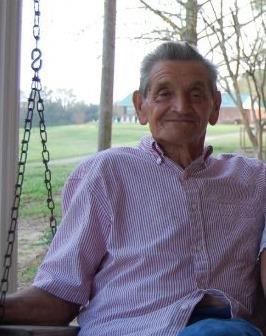 Daddy in the swing on his porch 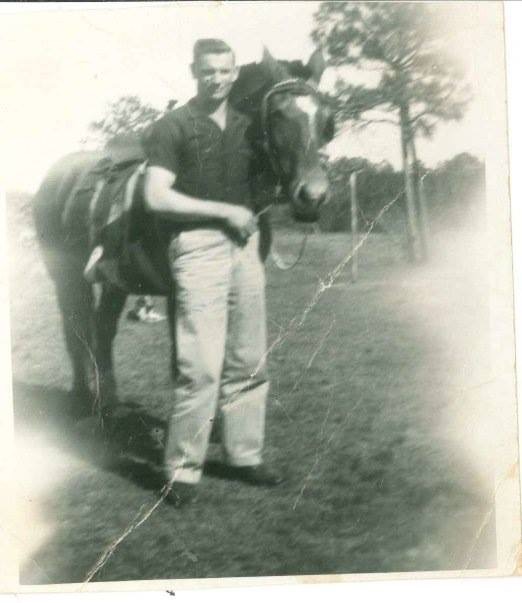 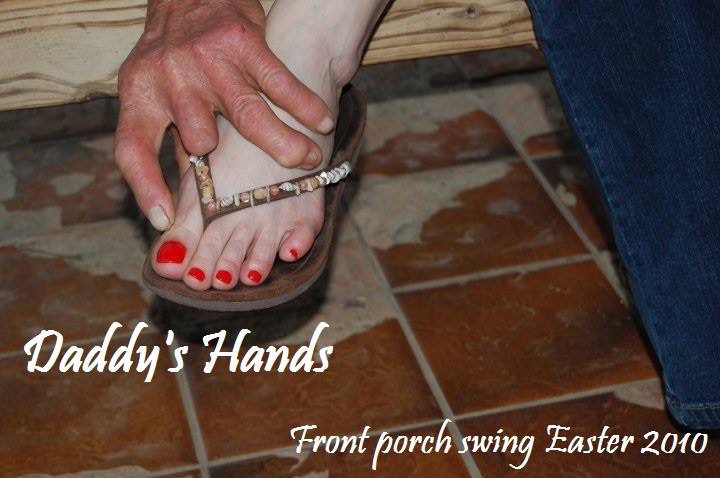