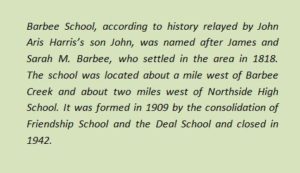 You’ve probably heard stories told by your parents and grandparents about how they walked three miles in the snow and rain to school as youngsters. If you haven’t, you should arrange to attend the next Barbee School reunion, where you can hear the stories of the good old days from those who lived them.

“I’ll bet no six people ever had a better time that we did,” Mrs. Hagler said of the reunion. We waited until most of us were gone before we started getting together, but if we can we’re going to get together again next year and reminisce some more,” she said. The Barbee reunions have been going on for six or so years and were started mainly by Loy and Woodrow Wilson.
Barbee School, according to history relayed by John Aris Harris’s son John, was named after James and Sarah M. Barbee, who settled in the area in 1818. The school was located about a mile west of Barbee Creek and about two miles west of Northside High School. It was formed in 1909 by the consolidation of Friendship School and the Deal School and closed in 1942.
Mrs. Hagler lived east of Barbee School on the Bart Brown Road for much of the time she attended the school 1932-38 and walked through fields, pastures and woods and even across a foot-log bridge across Barbee Creek to schools with siblings Otis, Clay, Martha and Ouida.
“We had some good times there,” Mrs. Hagler said. “We had a few fights, too, but not often.” Mrs. Hagler’s memories of her days at Barbee include the school closing twice because there was no money to buy coal for heat during the winter.
“They brought our teachers out from town on Sunday evening or early Monday morning and they boarded with my Aunt Ida Cabaniss across the road from the school during the week and went back to town on Friday afternoons,” Mrs. Hagler said.
The Barbee School remembered by most of the former students had three or four rooms with two grades in each room. Earlier, a one-room school had stood on the site, according to some former students. “I saw a picture of the old school and I’m pretty sure it was only one room,” Mrs. Hagler said. “It looked like an old crib.”
Mrs. Boone attended Barbee School for six years starting in 1933 and later graduated from Talladega High School before earning master’s and doctoral degrees from the University of Alabama. She worked as a nurse and teacher until her retirement in 1990. Mrs. Boone has attended several Barbee School reunions and recalls elementary school friendships with Nell Howell Sheffield and Loy Wilson.
Skelton started school at Barbee in the mid-1930s and went there through the sixth grade before attending Etteca and Gorgas schools. Skelton’s brothers Adrian, Shorty and Gordon and sister Louise also attended Barbee, as did Skelton’s father Clarence. Skelton, retired from B. F. Goodrich after more than 42 years, is nearing age 75 and still has many friends from his days at Barbee.
Mrs. Sheffield lived less than a mile from Barbee School in what was known as the old Deal home during her childhood. The house, which burned in 1980, was located near one of the two stores her father (Paul Howell) operated for many years. “That old house was made from wide, hand-hewed planks; we wouldn’t have taken anything for it,” Mrs. Sheffield said.
“I remember my first-grade teacher was Miss Ruth Rice,” Mrs. Sheffield said. “She later married Horace Brown and we went to church with them at Chapel Hill Baptist Church. “Another teacher recalled by Mrs. Sheffield was Marian Scrivner, who boarded with the Howells.
“I remember Miss Rice giving us a picture to color in the first grade and I colored a woman’s hair green. Miss Rice said she had never seen a woman with green hair. Forty years later we saw a woman at church with green hair and she (then Mrs. Brown) remembered that fist-grade incident and remarked to me that we had finally seen someone with green hair.”
Mrs. Sheffield’s brother Paul B. Howell also attended Barbee for a few years. Both of them laster graduated from Tuscaloosa County High School.
Harris, a retired telephone company employee who lives in Moundville, attended Barbee for three years starting in 1938 when it had 30-40 students in six grades. He also attended Samantha and Gorgas schools “I still have my first-grade report card,” Harris said proudly. “I carried it to the reunion and my first teacher’s name (Margaret Tatum) is on it.”
Mrs. Holloway lived about two miles north of Barbee School at the head of Wolf Creek near Haygood Methodist Church and walked along a path through the woods and fields to school with friends from the Rice and Nuchols families.
“I can remember being freezing cold when we got to school and gathering around the pot-bellied stove to get warm,” she said. “It was hard living, but there were good days. Everybody loved everybody and everybody helped everybody else during crop time or sickness. We lost our farm and were sharecroppers some, but I’m proud of my raising,” Mrs. Holloway added.
Mrs. Holloway began work at Jitney Jungle Grocery in Tuscaloosa in 1956 and retired from Food World in 1991.
Most of the Barbee School students grew up on farms in the community and many of them came from sharecropper families left poor by the Great Depression of the 1930s, as Mrs. Hagler pointed out with pride.  “I’ve lived a full life for a poor girl,” she said. “But I’ve had friends and people I cared about and who cared for me. What else do you need? 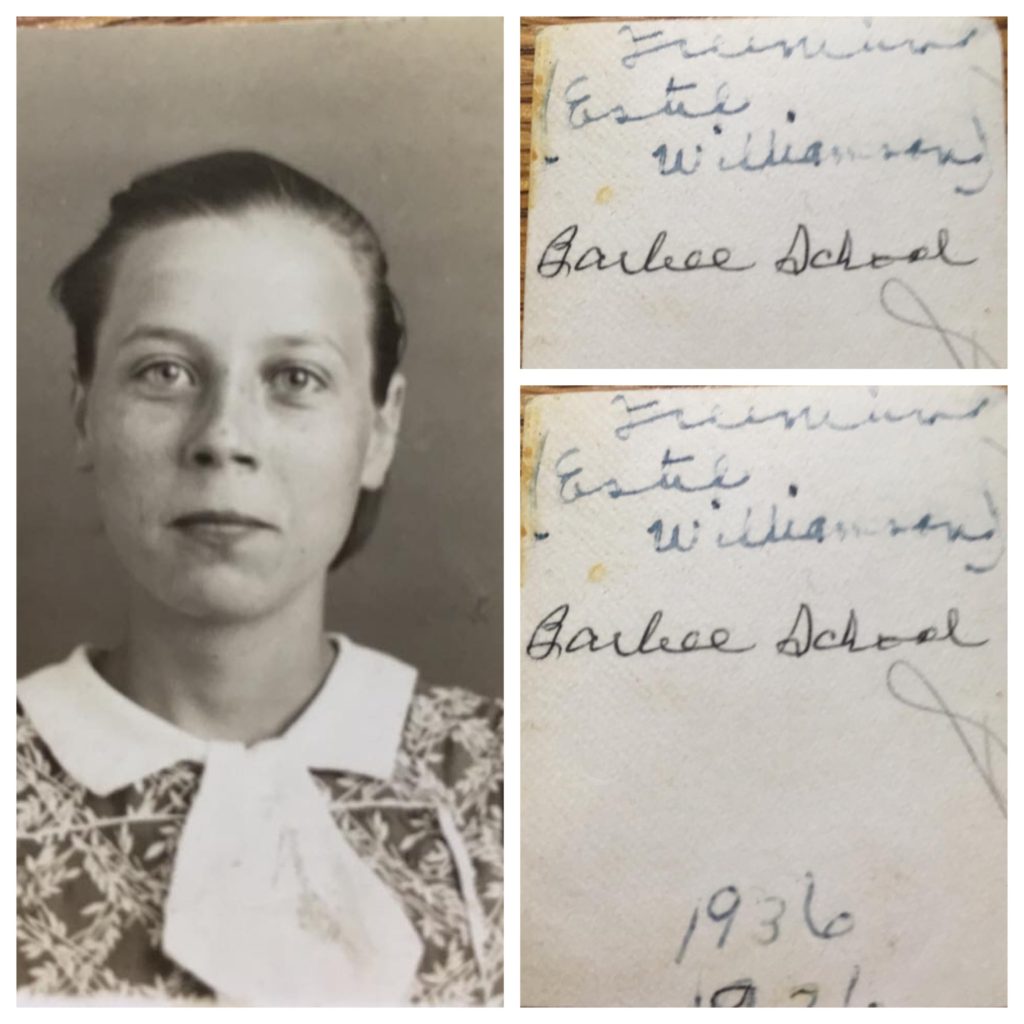 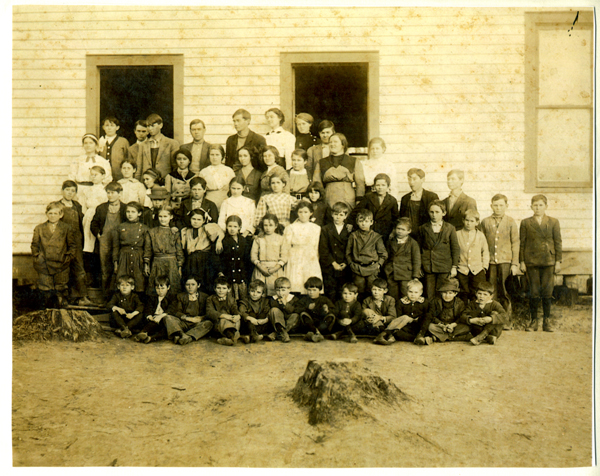 The Barbee School which taught from first to seventh grade was located near Samantha in northern Tuscaloosa County from about 1907 to the early 1940s. After students completed the seventh grade, they were awarded diplomas and encouraged to continue their education. However, students who lived in the rural communities had farm and home responsibilities and transportation was mule or horse and buggy. Photo shows the graduation class for the 1913-1914 school year. The teacher, Annis Estelle Griffin, is on the back row in the white shirt. To her right is Carl Harris. To Harris’ right may be Paul Howell.Submitted by John N. Harris. 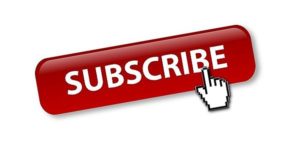